Straight from their main page: “Mastodon is an open source decentralized social network”, so it’s basically the project Bluesky but already implemented (Without the ads yay). More specifically, it’s a bunch of small (compared to the whole thing) independent communities which can interact with each other. You can find more information about Mastodon and how it works in the documentation.

To create an account on Mastodon, you need to register to an instance (which can be self-hosted). Go straight to joinmastodon, you have the most popular instances, 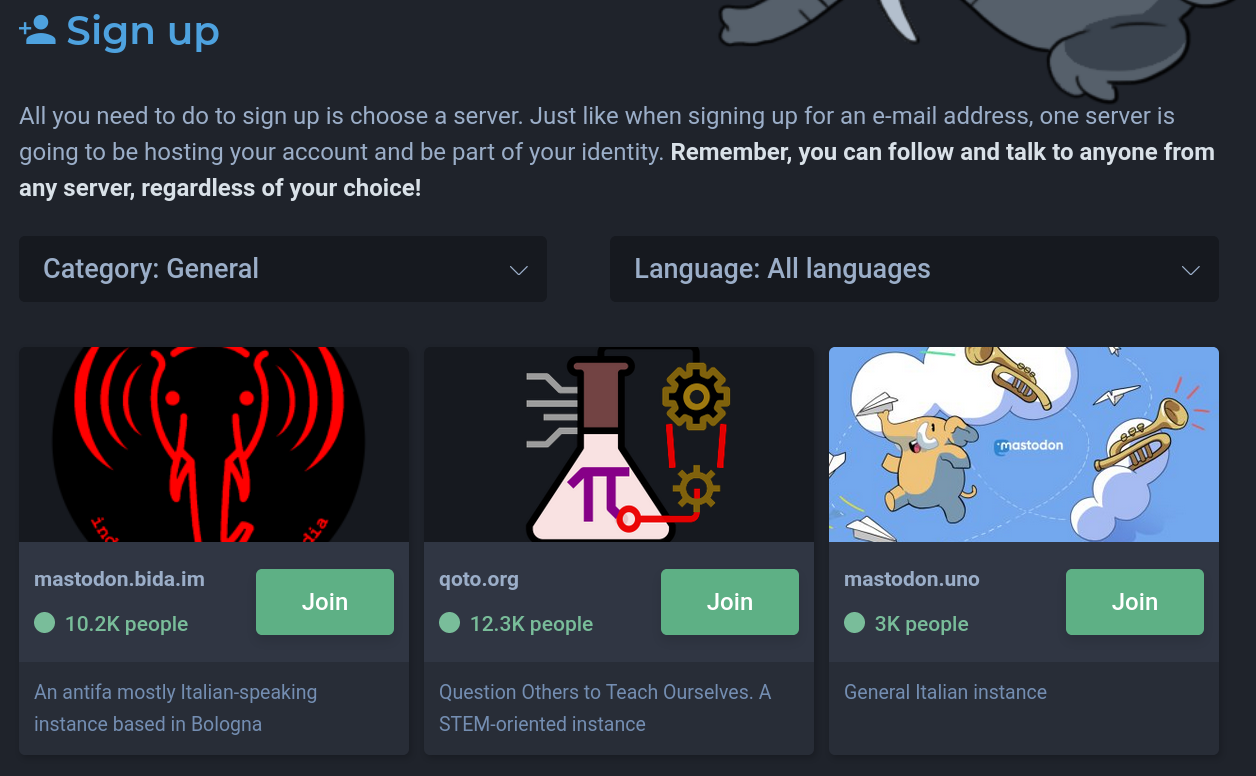 You can select one instance, depending on your interests or whatever, note that it’s not critical because you can always switch from one instance to another almost seemlessly. 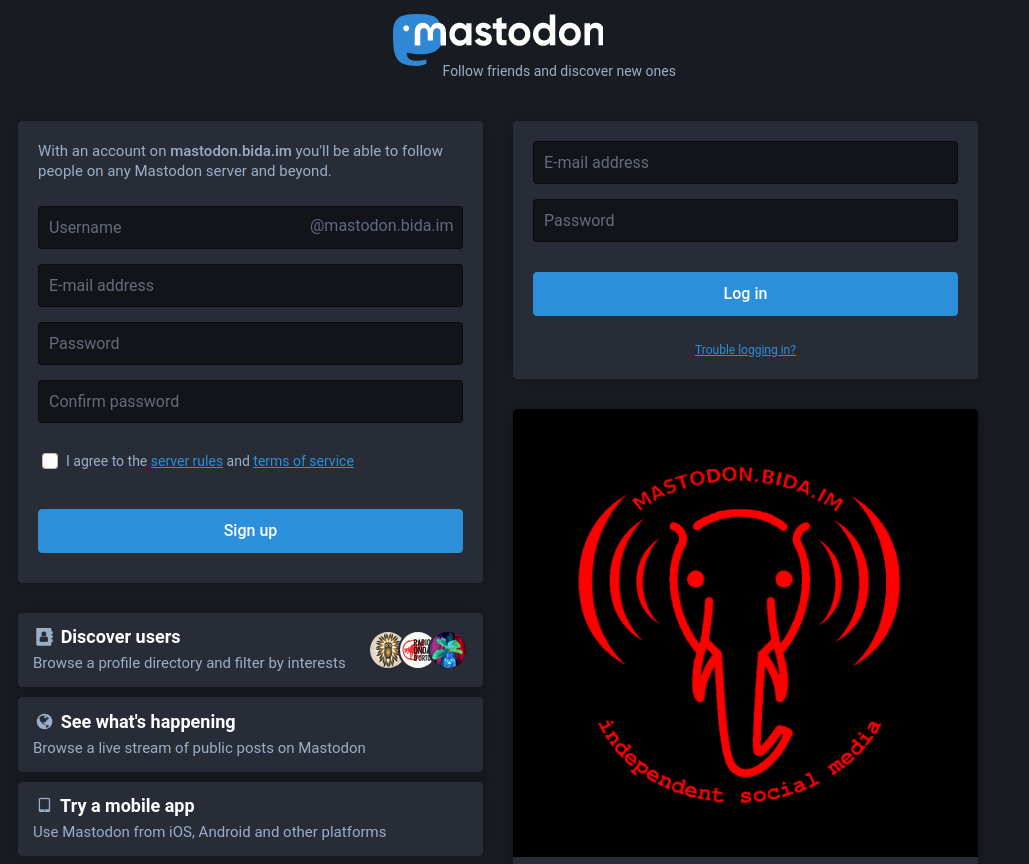 After email confirmation and a successful login to your newly created account, you’re prompted with a little tutorial about how it works, TL;DR:

Depending on the server you ended up choosing, you’re automatically following the administrators of the instance, if you’re lucky, they already toot (let’s use the actual jargon) about interesting subjects for you, In any case, you’ll quickly find the need to follow people more aligned with your interest, not only on your instance, there’s Trunk which allows you to follow a bunch of people organized by Lists.

Going through this manually can be very tedious because in order to follow someone not on the same instance, you must enter your username and your domain, sometimes reauthenticate you mastodon account, just to follow someone! Fortunately, there’s a script called pytrunk which handles this gracefully, among others, it lets you check who on the lists are still active and how many followers they each have, and you only need to input your information once. By default it only works with Chrome, I had to tweak it a little bit to make it work with chromium.

It’s fairly straightforward, you just enter your accounts information, tweak the parameters if you’re not satisfied with the defaults, and you’re set.

There are several mobile clients to access Mastodon, the most popular on Android being:

Mastodon is just one of a community of federated platforms services built around the ActivityPub protocol (among others, but currently the most widely adopted). Other open source social protocols can also communicate with ActivityPub projects. All together, they’re forming the Fediverse = “Federation” + “universe”